SPOTLIGHT ON THE HONORARY BOARD – Richard Mangini 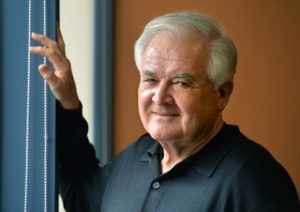 Father Richard Mangini was born and raised in Concord. His family was a pioneer farming family with their home in the foothills of Mt. Diablo.
He attended Queen of All Saints School in Concord and on graduation decided to further his education in a Catholic seminary, ultimately becoming a Catholic priest. After his ordination he was assigned to several parishes, eventually becoming Pastor of the St. Bonaventure Parish in Concord, very near his family home.

He retired in 2017 after 21 years as Pastor. Under his care, St. Bonaventure Parish flourished as an active religious institution and a vibrant center of the community. He was beloved by his parishioners for his religious devotion, dedication to his parish, common-sense religious teachings, and his energy and wit.

We are pleased and grateful to have Father Mangini’s presence on the Honorary Board.