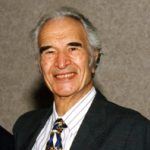 SPOTLIGHT ON THE HONORARY BOARD

The world renown musician, Dave Brubeck, has become a preeminent member of the Society’s newly formed Honorary Board. Mr. Brubeck acknowledged that his musical roots go deep into the cultural life of Concord and that he is happy to support what he termed the commendable goals of the Society. He recalls fondly his early childhood in Concord.

Dave Brubeck’s unique style of piano composition and performance has garnered critical praise as well as the love of jazz and music fans since the 1950’s. He is still playing concerts and mentoring young musicians. He is active in the Brubeck Institute located at the University of the Pacific, his alma mater, where he conducts the University of the Pacific Brubeck Institute Master Classes. He was a 2010 recipient of the Kennedy Center Lifetime Achievement in the Performing Arts Award.

Mr. Brubeck started his music studies in Concord with his mother, Elizabeth Ivey Brubeck, who taught piano to generations of Concord’s children, including her own three sons: Henry, Howard and Dave. Mr. Brubeck relates that the Masonic Temple in Concord was the site of many musical presentations and dances. He recalls a concert that was presented there by pianist Rose Miller. The concert was hosted by Elizabeth Ivey Piano Studio and the admission was 25 cents. He recalls having performed circa 1921 there himself, with his friend and neighbor Dave Skinner, grandson of Concord blacksmith H.W. Botts and destined to became another of the San Francisco Bay Area’s accomplished and respected jazz pianists. They played ukulele simultaneously, tap danced and played harmonica!

In the 1920’s Mr. Brubeck’s uncle, Phil Brubeck, was the proprietor of Concord’s first formal movie theater, the Majestic Theater, which was located on Mt. Diablo Street one half block north of Salvio Street. His Aunt Kate pumped the theater organ for the silent films. Mr. Brubeck’s maternal grandfather, Henry Ivey ran a livery stable in Concord. His mother was born in and loved her life in Concord. Mr. Brubeck tells us that Concord in the 1920’s, 30’s, 40’s and 50’s had a thriving music scene consisting of instruction, classical concerts, dances, jazz concerts, church music and marching bands. Many music recitals were held in his parents’ home in Concord in their unique two-story music room with a balcony that was added to the original farm style house to accommodate his mother’s classes and the recitals.

Mr. Brubeck attended the College of the Pacific (now called University of the Pacific) leading a 12 piece student band. After serving in the military during WWII, he studied classical music and composition with Darius Milhaud at Mills College. Over the years he formed several musical groups: the Jazz Workshop Ensemble, the Dave Brubeck Octet, the Dave Brubeck Trio and the most acclaimed Dave Brubeck Quartet. He also has recorded with his four sons, Chris, Dan, Darius and Matthew, all of whom are accomplished musicians. Most remembered in the Bay Area are the sessions at the Blackhawk night club in San Francisco.

In 1959 the Quartet’s single record “Take Five” was released, went to the top of the charts and was the first jazz instrumental to sell one million copies. Following this success, he was featured on the cover of Time, the first musician to be featured on the magazine’s cover. His music combines the improvisation of jazz, the intricacy of classical and the tempo and time of his own invention. He and his quartet and groups have played in numerous international jazz festivals including the 1982 Concord Jazz Festival. His quartet also performed in several countries with Louis Armstrong and a group of musicians in 1958 who were sent around the world as the musical ambassadors to the world by the US State Department. This group tour was a resounding success and the best ambassadors that our country could have sent. They, and this tour, have been known ever since as the “Real Ambassadors.”

– For further insights into Dave Brubeck’s life and accomplishments, visit https://concordhistorical.org/2014/11/01/the-brubeck-collection-uop/ and www.BrubeckInstitute.org.