SPOTLIGHT ON THE HONORARY BOARD – Bette Boatmun 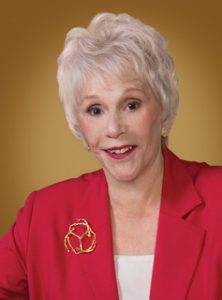 Bette Boatmun was elected to the Contra Costa Water District Board of Directors in 1974. She served as president of that Board from 1990 to 1992. She is a former executive director of the YWCA of Contra Costa County and is active in many community organizations, including the Concord American Association of University Women, League of Women Voters of Diablo Valley, Sons of Italy, and Soroptimist International.

She has been honored by the California State Assembly 11th District as its “Woman of the Year,” as Public CEO’s Special Districts Official of the Year and has received the Hollingsworth Award of Excellence, which recognizes individuals “who exemplify what it means to go above and beyond the call of duty and advocate extensively both for CSDA and special districts.”+

The Society is pleased to honor her and grateful to have the benefit of her energy, knowledge, and experience.