Ted has been studying and working in the conservation field for over 30 years.  He was an Environmental Studies major at the University of Vermont where he received his Bachelor of Science degree.  Ted later received his Juris Doctor degree from Vermont Law School where he focused on land conservation law.  He is a licensed attorney.

After graduating from college, Ted was an instructor and environmental educator for the Outward Bound School in Maine.  He then worked and completed his service as a Peace Corps national park volunteer in Thailand.

After the Peace Corps, Ted worked in the stewardship and legal departments at Vermont Land Trust while in law school.  After receiving his Juris Doctor degree, Ted was hired by the Aquidneck Land Trust in Rhode Island.  He served as the Land Protection Director for 5 years and then as the Executive Director for over 7 years until he accepted a position in Hawaii.

Ted is a member of the International Union for Conservation of Nature’s Specialist Group on Cultural and Spiritual Values of Protected Areas.  Ted has served on the Boards of various environmental non-profit organizations, and he has also received a number of awards and a Center for Whole Communities fellowship for his conservation work.  He is passionate about his family, time outdoors, and working with others to create lasting public good by protecting, and connecting people to, the land which sustains us.

Stephen Joseph’s new book, Mount Diablo: A Story of Place and Inspiration, features 214 panoramic photographs that celebrate the wonderment of 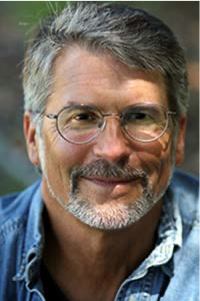 “I have been involved in photography for 50 years. When I was 10 years old I wandered into my father’s darkroom and never left. By the time I was 13 I knew that photography would be my life’s work. I love to make images of all subjects from interiors, such as my opera Broadway or artist projects, to my landscape photographs that celebrate nature. Since I mostly hike and photograph for a living, I’d say my years in photography have worked out quite well. I have 6 published books and many photographs hanging all over the Bay Area. I specialize in panoramic photography and have used many cameras from the turn of the century Kodaks to modern day digital cameras. I miss my old cameras, after giving up film several years ago, but the digital world has been good for my work. The quality of my photographic work is the best I have ever been able to produce. I can capture what I see and feel and create stunning images like never before. I really appreciate the control I have over everything I do. It’s a great time to be involved in photography. I am a fine art photographer trained in drawing and printmaking. I have studied art and nature for most of my life. I make my living selling my photographs, so check out my books and website and contact me if you would like to purchase some of my art. My prints range in size from 24 inches long to many feet. Large scale panoramic photographs are my specialty.” https://stephenjosephphoto.gallery/new-diablo-book